The topographic maps on TopoZone were created by the United States Geological Survey (USGS) and have evolved for more than a century. Over time the maps became more detailed and new symbols were added for the different terrain, natural features, land boundaries, and man-made structures depicted by the surveyors. This legend is now a complex document that explains the subtleties within each category of features.

In general these are the major color categories used on USGS topo maps.

Below is the latest version of the legend that includes symbols and colors used on USGS topo maps. 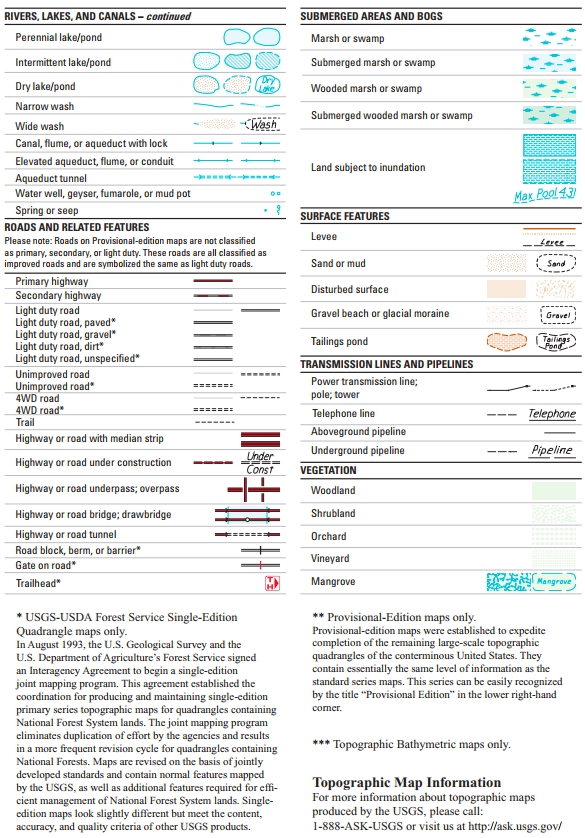